THE ONLY PURE THING 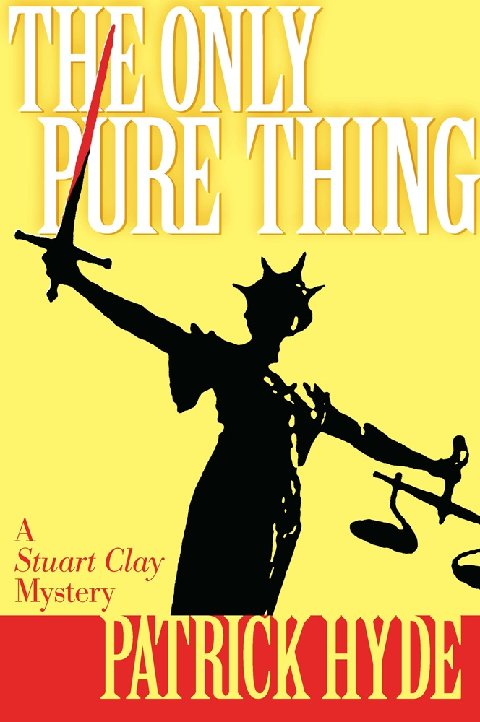 In his debut novel, The Only Pure Thing, Hyde’s veteran criminal defense attorney must negotiate the seedy back alleys and hidden nooks of Washington, DC to represent his client and seek justice. When mobster Benny Batiste is found dead in the DC suburb of Georgetown, his headless body is discovered first; later, his severed head is found jammed onto the top of a downtown parking meter outside a popular nightclub. The police quickly arrest Cleveland Barnes, a mentally impaired homeless man who is found wearing Batiste’s bloody shoes. When Hyde’s defense attorney is assigned to represent Barnes, he quickly concludes that his new client did not have the means or mental capacity to be the murderer. Yet many involved in the case seem to be in a rush to convict Barnes of the crime, even while ignoring the dead man’s clear connections to organized crime. Determined to exonerate Barnes and find the real killer, the protagonist and his assistant — and lover — begin a dedicated investigation into the crime, focusing on a prostitute seen with Batiste on the night he was murdered. Soon, the pair realizes that the case is much more complicated than they had originally thought, and that a wrong move on their part will put them in the path of individuals who have no qualms about killing. Big-money economic deals, political maneuvering, voodoo rites, and jilted lovers make the case even more complex.

"Hyde has crafted one hell of a story. The plotting is superb. The characters are colorful and well developed. He isn't afraid to hurt or kill a loved character for the sake of the story. His style is classic noir, and is so engaging that readers will have serious trouble putting it down."
TRACY SHARP
Spinetingler Magazine
"Hyde has whipped up a tangled complex tale replete with a diverse set of mad characters enhanced with his knowledge of the legal profession . . . the plot's well-pacing with its twists and turns continually deceive readers- keeping them off balance until the last page."
NORM GOLDMAN
Bookpleasures
". . . a legal thriller full of grit and charm and telling details from every link in the justice system food chain, It is clear from page one that Patrick Hyde intimately knows this turf. He delivers it with the wit and wisdom of a consummate insider."
Michael Connelly
author of the Harry Bosch novels & television series and of The Lincoln Lawyer
Menu