WRITING ABOUT THE OCCULT IN A CRIME NOVEL 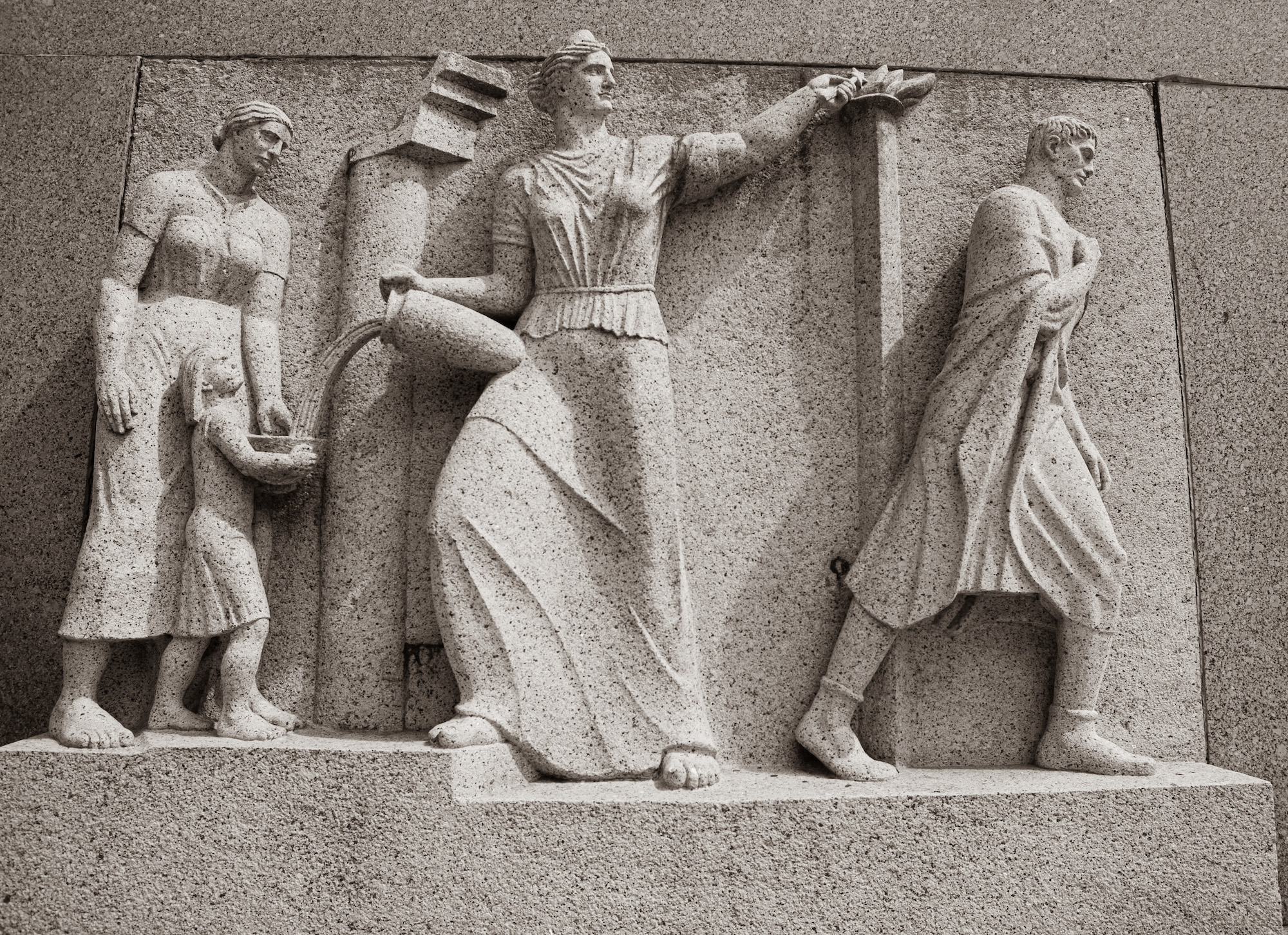 I am not a wu wu kind of guy. I’ve made my living as a fulltime lawyer or in legal-related employment since June of 1979. My wife and I are fortunate to own our home in a nice Maryland suburb. Our wonderful daughter is a sixth grader with braces. Despite these and other accoutrements of bourgeois normalcy, I have written a novel in which one of the main characters is a Voodoo Priestess. Library Journal’s reviewer wrote, in part, that I “turn[ed] the legal thriller genre upside down when what look like a clear-cut case becomes a trip into the realm of voodoo [.]” In view of this, a reader might ask that most profound of all inquiries: what gives?

Regarding the term “occult,” the Merriam-Webster Online dictionary defines the noun “occult” as something that includes “matters regarded as involving the action or influence of supernatural or supernormal powers or some secret knowledge of them.” This definition is functional enough for discussion purposes, though not precise. Perhaps one of the issues with use of the occult is that we can’t precisely define it. Such may be the case. Even so, I write about the occult. Moreover, I have plans for many, many future works that involve the occult. My reasons for this are briefly listed below.

What do people believe and what do people do because of what they believe? Truth is, people believe that their everyday lives are influenced by actions which originate in another world. Every day people pray and look for answers to prayer. For country people from Louisiana or natives in an African jungle, the prayer may be more demonstrative. It may involve a ritual with snapping beans, or markings with paint, or dancing with a just-beheaded chicken. Whatever the form, prayers appeal to forces in another world to alter outcomes in this world.

Belief in prayer leads to countless opportunities for good story telling. Consider, for example, a counterintuitive story possibility based in the west side of Columbus, Ohio. This section of Columbus has become an aging industrial center with generations of migrants from Appalachia and elsewhere. For years, I’ve heard stories about Appalachian migrants being bitten during religious services in which poisonous snakes are handled. Such an image belies images that many people might have about Columbus as a quiet middle-American city. The migrants are part of the texture of that city and could be part of a great story.

Many classic works and contemporary works draw on the occult to give depth to the story. Zora Neale Hurston used black folklore, Caribbean mysticism, and African spirituality to illustrate the rich folklore of black culture in Johah’s Gourd Vine, which begins with the words “God was grumbling his thunder and playing the zig-zag lightening through his fingers.” Her travelogue Tell My Horse is a study of Haitian sorcery and Jamaican folklore. Trained under the famed Franz Boas, Hurston used her analytical acumen to research groups that practiced Voodoo, then transmuted it into high art in her many fine novels. It is no wonder that her books are selling better now than they were at the time of her death. She demonstrated an understanding that was far more sophisticated than many contemporaries understood.

Other examples from contemporary crime writing are beyond counting, from those who use a Tarot card to mark a crime to those whose story is founded around an entire occult system. One of my favorites is Fallen Angel by William Hjortsberg, later made into the movie Angel Heart. I also find that James Lee Burke’s detective, Dave Robicheaux, takes me to the same place. As he tries to solve a 35 year-old homicide, Robicheaux has repeated sightings of confederate soldiers on patrol in the novel In the Electric Light With the Confederate Dead. It could be the booze-soaked brain, still sailing on the “S.S. Delirium Tremens” as he muses in another novel, Crusader’s Cross. But I see something deeper in Burke’s writing. Robicheaux is the archetypal fallen hero who takes us through the poetry of redemption in motion. This leads to the second reason that I find occult to be useful.

2. Use of Archetypal Images.

In his work Archetypes and the Collective Unconscious, Carl Jung wrote about pre-existing forms and motifs in the human mind which are universal symbols that all people carry around even though we have no particular knowledge that such forms exist. Depending on what one believes, these motifs may be one of three things. First, they may be based on stories that we have heard from childhood, story-forms that are deeply imbedded in our experience. Or they may be part of our genetic inheritance, instinctive and chemical as the urge to suck or the urge to protect one’s homeland. Or the archetype may be a real image of something magical, something from god.

Use of Jungian archetypes in the “myth of the hero” motif is beautifully described by Joseph Campbell in The Hero with A Thousand Faces. The story of the hero and the arc of the hero’s journey is one that is repeated time and again in crime writing. I particularly applaud the recognition of the “hero’s journey” in a book titled Myth and Ritual in Women’s Detective Fiction by Christine Jackson. In a way, her discussion shows that all people are confronted with the hero’s journey. Who is to say that a hair salon full of women chatting about their lives cannot be the center of a hero’s archetypal journey? Isn’t it prejudiced to assume otherwise?

The hard-boiled crime venue in which I have written uses the arraignment court as an archetypal place of reckoning. When a tired mother grabs my protagonist and tries to persuade him to smuggle a pack of Newport cigarettes to her imprisoned son, my protagonist sees the pain of the ages in her face. She is the archetype of the powerless parent, the mournful priest looking at the African sunrise in Alan Paton’s Cry, The Beloved Country. And felony presentment in my novel, The Only Pure Thing, is the repetition of a archetypal cycle of tragedy: “Row after row they came—mostly sullen young men with blank stares, pawns in a war against civilization, guilty or innocent, now bystanders to a debate on their own liberty.” Quoting page 39. I am talking about the presentment of the accused in D.C. Superior Court, but also about the motif of the cycle of tragedy, about the pain of slavery that still infects us, about Nietzsche’s “eternal return” that might enslave our souls.

One may think that the use of archetypes or motifs is an intellectual event that has nothing to do with the occult. I don’t agree. I believe that these images are imbedded in our experience and to my way of thinking in our psychic existence. I believe that we are part of a collective unconscious, an inherited psychic system of pre-existent forms. I believe that these forms have independent power and an independent existence. This is mostly the subject for another article! I’ll try and briefly explain a few aspects of this belief below.

Both of my parents were from Appalachian coal towns, Verda in Harlan County, Kentucky on my father’s side and Matewan in Mingo County, West Virginia, and various other small towns, on my mother’s side. For whatever reason, many of the hill folk in Appalachia seem to accept the presence of the occult in everyday life. Maybe it is because of all the Irish people who inhabited this area during nineteenth century. Maybe it is because poor people the world over are more likely to believe in magic. Maybe it is because the hills have a mystical aura that soaks into the blood of its inhabitants. Whatever the reason, I grew up with a mother who implicitly believed in mystical phenomena and the occult in everyday life. To me, this was natural and believable. I believe to this day that sometimes our Western rationale minds are just too fouled up with false consciousness to accept simple truths.

One story from my childhood simply illustrates what I am discussing here. My mother woke up screaming at her parents’ house, then in southern Virginia, on Christmas Eve in 1944. She believed that her husband, my father, was in grave danger. Thousands of miles away, my father’s transport ship, the S.S. Leopoldville, had just been torpedoed by a German submarine and was sinking in the English Channel. By the end of the night, 763 of the 2,235 Americans aboard the ship had drowned. Fortunately, my father made it to the shores of France and lived for another 27 years.

I grew up hearing about the sinking of the Leopoldville and my mother’s awakening that night. The story was relayed several times by my father and my mother and her family. Maybe it happened the way they discuss it and maybe it didn’t, but I knew a lot of people who believed the version of events relayed above. And I’ve seen this type of thing happen again and again, to such an extent that I have decided that it is a factor in everyday life that deserves to be written about.

There are things we know, and we don’t know how we know them. They come from an invisible force that Carl Jung called “a-causal connective phenomena,” or “synchronicity.” This is part of what I want to write about. It is part of the rich tapestry that is life and is in my human experience.

The above discussion and three parts could be expanded, even made into a book. Probably I’m just preaching to the choir of those who believe and giving context and fodder for rebuttal for those who do not. No matter. My goal as a writer is to tell a story. I try to use occult phenomena in a way that a reader can notice it and appreciate it, or just get on with the story. Life is, after all, a multitude of layers, and a story can be told without reference to these matters. I’ll leave it to my colleagues and to the marketplace to decide whether the occult is worth writing about. I’ve made my choice.