MARTIN SCORSESE’S “THE IRISHMAN” AND THE AMERICAN MIDDLE CLASS 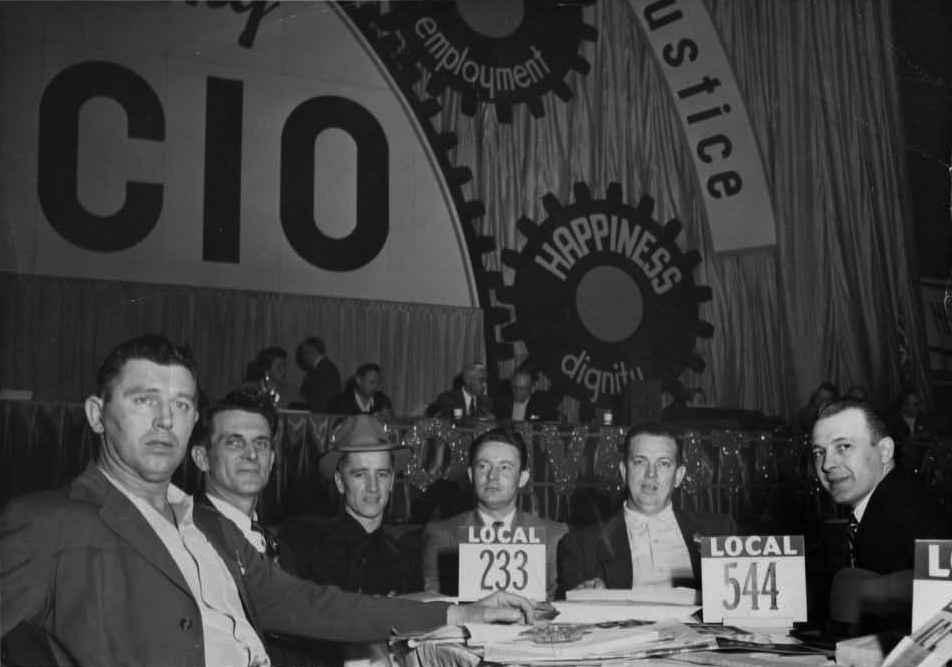 I am delighted with The Irishman, Martin Scorsese’s biopic masterpiece based on the story of former Teamsters President Jimmy Hoffa and his disappearance.  The movie is mostly based on tape-recorded interviews with Hoffa bodyguard Frank Sheeran as distilled in former criminal prosecutor Charles Brandt’s book, I Heard You Paint Houses.  Early in that book we hear from Hoffa’s daughter, Honorable Judge Barbara Crancer, who wrote to Sheeran late in his life, stating that that “[i]t is my personal belief that there are many people who called themselves loyal friends who know what happened to James R. Hoffa, who did it and why . . . I believe you are one of those people.”  For this and no doubt other reasons discussed in the book, Sheeran decided to tell what he knew or claimed he knew.

I believe the overall gist of Sheeran’s story: Jimmy Hoffa was murdered because organized crime figures preferred working with the pliable Frank Fitzsimmons, the man Hoffa himself installed as a place holder before surrendering to serve a prison sentence.  This may seem to be a somewhat banal explanation for a decades-long mystery but, as they say in the mob world, that’s “what it is.”  Hoffa’s organized crime associates repeatedly warned him not to run for the Teamsters Presidency.  Hoffa ignored these requests, and he probably would have been reelected.  Instead, he disappeared.  Now, Sheeran tells us the inside story of Hoffa’s disappearance and murder.

I also believe the overall gist of Sheeran’s accounts regarding his own personal Godfather, the man who nicknamed him “The Irishman.”  That man was Russell Bufalino, who was himself nicknamed “The Quiet Don”.   Bufalino was an old school mobster who lived a simple and quiet life.  At the same time, he was an organizer of the infamously raided national mob meeting in Apalchin, New York, a close friend of Cuban dictator Fulgencio Batista, and a supporter of CIA efforts to overthrow Fidel Castro.

Jimmy Hoffa was a strong union leader who militantly guarded the interests of union members, but he also had extensive ties to Russell Bufalino and other mobsters and used his union office to unlawfully enrich himself.  Hoffa’s enemies who would kill him if they could.  Bufalino knew this and thought Sheeran would be a good bodyguard for Hoffa.  The Teamster’s President greeted Sheeran, stating that “I hear you paint houses.”  The term “painting houses” refers to the blood spatter caused when bullets are fired into a person’s body.  After their initial conversation, Sheeran went to work for Hoffa and thereafter became his long-term trusted boy guard and aide.

Scorsese’s The Irishman and Brandt’s I Heard You Paint Houses both tell a poignant and tragic American story of a potentially great man who went awry.  It is a sad story.  Hoffa compromised the dignity and integrity of the American Labor Movement and disappeared only because organized crime found another leader who was even quicker to compromise the union he was trusted to lead.  The redeeming fact if there is one is that Hoffa’s children—Judge Barbara Crancer and Teamsters President-Attorney James R Hoffa II—are a credit to their father and are the best part of his legacy.

One part of The Irishman troubles me.  I am the son of a union leader and I have spent a quarter century working on the enforcement of union fiduciary and accountability laws. I am concerned that the record remains clear.  Jimmy Hoffa does not represent the face of the mid and late twentieth Century American Labor Movement.  There were many other honest, hardworking union leaders including the mine workers’ John L. Lewis, the farm workers’ Dolores Huerta and the leadership I group up with in the United Automobile Workers.  Their good faith, sacrifice, long suffering and hard work is a counter-narrative that answer anyone who seeks to diminish the status of American Labor by point to past examples of corruption.  Ironically, I fear these people are not as well remembered but they accomplished more and should be remembered.

In 1948 my father joined a coalition established by UAW President Walter Reuther   which defeated and exorcised the Addes-Thomas communist wing of the union.  They went on to confront organized crime influences in the labor movement.  This group survived even after Reuther was nearly killed by a shotgun blast through his kitchen window.  Who orchestrated this attack?  As Hoffa scholar Dan Moldea writes, “when Reuther was shot in 1948, and Hoffa’s old mob ally Santo Perrone was implicated, the police detective handling the case was also linked to Perrone.”  That detective somehow managed to bungle the case, was dismissed from the police department and “was promptly given an organizer’s job with the Detroit Teamsters.”

The Reuther Coalition strongly supported and worked with McClellan Committee Chief Counsel Robert Kennedy and Committee Member-Senator John Kennedy in efforts investigate and eliminate organized crime and financial malfeasance in American labor unions and to mandate strong fiduciary reporting controls for American unions.  These are the very hearings portrayed in parts of The Irishman, where both Kennedy men confronted Hoffa and where Robert Kennedy confronted the giggling Chief of the Chicago Mafia, Sam Giancana.

Aside from opposing communist and organized crime influence, the Reuther forces were successful in negotiating and implementing what is called The Treaty of Detroit, a five-year contract between the UAW and General Motors which with similar contracts agreed to by Ford Motor Company and Chrysler which established extensive health, unemployment, and pension and other benefits.  This was used as a model for labor-corporation agreements in other industries and was a major factor launching the Postwar American middle class.  Sadly, the proponents of “Medicare for all” seem to spend more time explaining why these plans should not exist that in incorporating these highly successful plans into new strategies that help all working people.  Go figure.

The union people I grew up with were supporters and participants in the civil rights movements spearheaded by Martin Luther King.  My father helped organize the Ohio attendees to the 1963 March on Washington and the 1968 Poor People’s March on Washington.  As a fourteen-year-old I joined my older brother Joe to ride an all-night bus of marchers to the 1968 March.

During this same period, my father went with Walter Reuther, Paul Schrade, and other UAW officials to support Cesar Chavez in a farmworkers’ historic Delano, California march that put the plight of farmworkers in the national spotlight and won the support of Senator Robert Kennedy.

At the time of his death Reuther was working to build bridges to a new generation, the Baby Boomers, and to channel that energy into advancing the American Labor Movement. This never happened.  Nonetheless, Reuther’s successor Leonard Woodcock became the first Ambassador to China and helped usher in a new era of international trade.

It is unfortunate but true that the Democratic Party severely limited the role of unions in the organization in a series of reforms by the so-called McGovern Commission.  This came during a time when the dark forces of the American Right launched a series of initiatives designed to weaken the power of organized labor.  Many liberals of my generation have played right into this strategy and, in sports terminology, this is an unforced error.  Ironically, today the European countries rebuilt under the Marshall Plan after World War II have stronger unions than the country that brought them the Marshall Plan.

It is important to remember the wrongs of some and to have strong labor and pension laws that guard against bad behavior.  This is to protect something of value, not to diminish it.  The American Labor Movement after World War II was instrumental in establishing a great middle class and a form of capitalism that took account of the needs of the downtrodden. To my knowledge, this period saw the greatest middle class in history. The future of this middle class is now in question and its exactly correlates with the decline of union membership.